Oakland's victims and its healers, sometimes one and the same - The Almanac on KALW 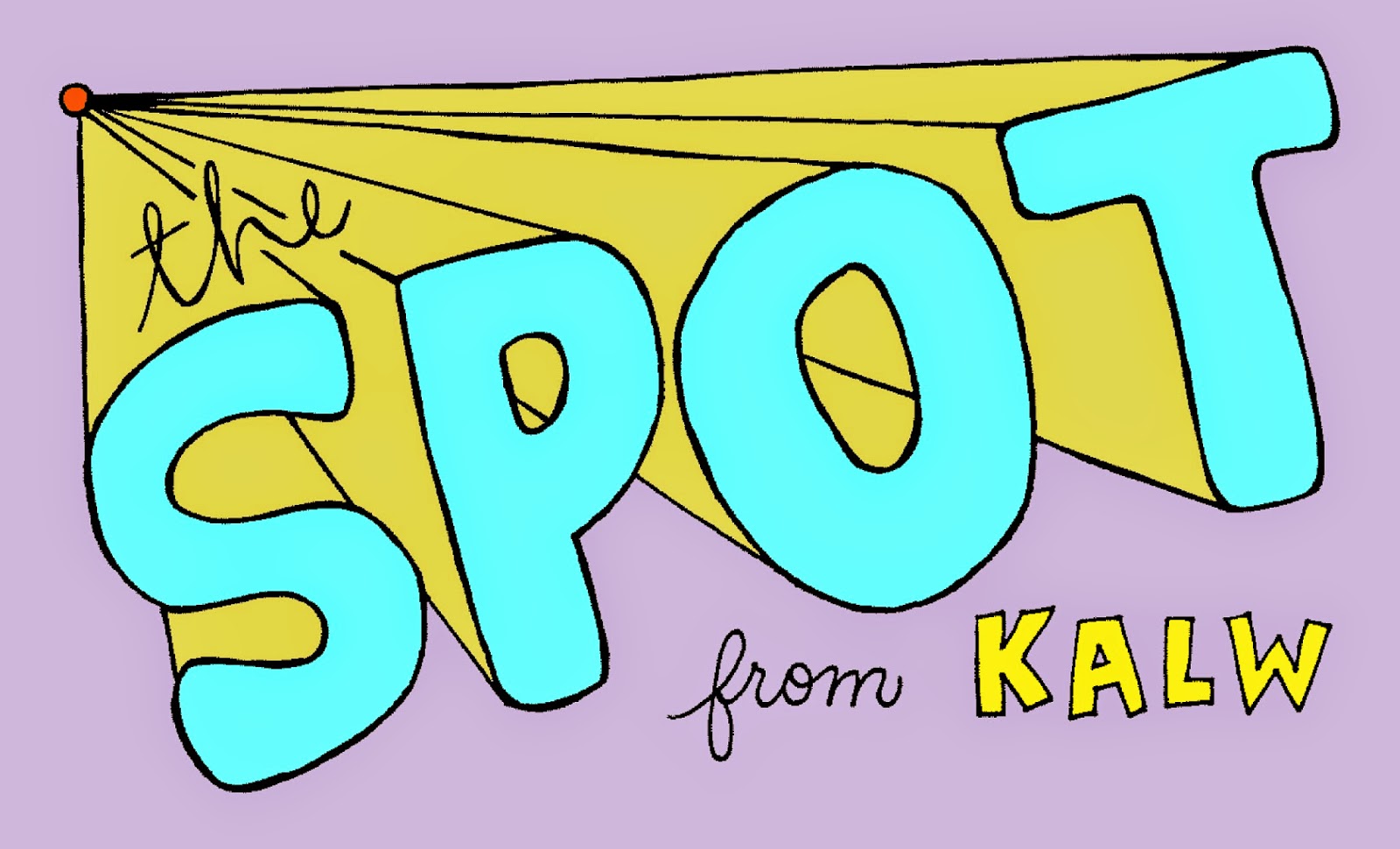 Last night, KALW's The Spot program played part of the conversation I had recently with Brock Winstead on his podcast, The Eastern Shore. I got to talk to a wider audience about the homicide victims in Oakland who don't get much attention, and about the effects of gun violence on victims, their families and the city. It was especially satisfying to discuss the work being done to help victims and the city heal and find peace by the likes of Marilyn Washington Harris of the Khadafy Washington Foundation for Non-Violence, who works with families of homicide victims, Caheri Gutierrez of Youth Alive!, who works with kids in East Oakland, and Kevin Grant of Operation Ceasefire, who works with gang members and the re-entry population.

My bit is about 12 minutes long and comes about 17 minutes in, but the first two segments are fun and interesting and worth a listen. One is about a checkers club and the other about a boxer and barber in London.

You can read lots about Kevin, Marilyn and Caheri, as well as families hit by violence, here on the blog.

Here's a story I wrote about the three of them for San Francisco Magazine: No Escape, No Surrender.
Here's one I wrote for San Francisco about Oakland's Ceasefire efforts: Guns Down, Don't Shoot.
Here's the original, full conversation with Brock on The Eastern Shore - Jim O'Brien on Violence and Its Aftermath
Posted by Jim O'Brien at 6:14 PM No comments:

Visitations: with the families of the killed in Oakland

It's Wednesday January 21, 2015. Last night there was a double homicide in West Oakland. Five days ago there was a double homicide in East Oakland. A third killing happened a few hours later, near Adeline, in Dogtown. By my count, we have had 8 homicides already in 2015. This does not mean it will be a record-breakingly bad year in violence in Oakland, after significant drops the last two years. But it is a bad start, and an important reminder that, as I have written before, the urge to pull the trigger doesn't check the calendar. Those who cover or who pay close attention to the killing like to compare numbers and times of the year with this line:

Of course, we need some way to measure progress, but ultimately the comparisons by date are meaningless. (See: The Calendar and the Killing.)

What is meaningful is each killing and the effect it has on a family, a neighborhood and a city, and how we respond. In the past 10 years, Oakland has eked out a little tax money to contract with non-violence organizations to meet and help with the families of homicide victims. Mostly this is done by Marilyn Washington Harris of Youth Alive's Khadafy Washington Project, named for Harris' son, killed in Oakland in August of 2000.

On Monday I accompanied Harris on visitations to the families of two of this year's homicides, a 29-year-old man in West Oakland and a 19-year-old woman in East Oakland. Harris' job, her vocation since 2000, is to guide these shocked families through the aftermath, to help them take care of the business at hand at a time when they lack the will to do anything but grieve. Harris sets up appointments (and often accompanies the families) with the Victims of Crimes office, where they can get financial help, up to $5,000, which usually covers most of the funeral expenses. She meets them at the funeral homes to help with planning. Sometimes she meets them at the coroner's office.She asks questions -- have you taken your meds? have you checked your blood sugar? are you eating? -- and lets them ask questions, although often they are so baffled that they have none.

Also accompanying Harris Monday was a staff member from the office of Mayor Libby Schaaf, delivering a personal letter of condolence from the mayor and some things that might be helpful around the house at a time like this, items to help with visitors, items for writing and crying, eating and drinking. I am not aware of another mayor of any large city who does anything like this. I don't know if Schaaf will be able to keep it up, but I like the idea.

In a small apartment in Dogtown we visited the father of the 29-year-old man killed Friday on the street right in front of his dad's place. From the father's front door you could see, you could in fact not miss, the street memorial to his dead son, the accumulated artifacts deposited by friends and strangers since Friday, candles still flickering, candles guttered and gone, t-shirts, beer bottles, vodka bottles, poster board with loving notes to the dead. The gutter was lined with cat litter unevenly soaking up the spilled blood. There were dead flowers in the gutter. The father will need to move, and there is help available for re-location.

That morning the mother of the dead man stood staring at the memorial. "They killed my baby," she said. He was her youngest. Inside the father's apartment, blues played from a music station on a small TV while the father discussed with Harris what appointments he had coming up and how things would work. We looked at pictures of his son. He said he'd been avoiding that. He choked up, excused himself, gathered himself, got back to business. From his daze he kept repeating that he was grateful, to Harris, to the mayor, to his family and neighbors. It was very important to him that everyone know that despite whatever else they saw or perceived in him, he was grateful. He wanted to leave them his gratitude for the love. The mother sat on the couch, ate hard candy. A song played, with the words "How could you leave me, where did you go?" It was the Blues, of course, so a song of lost love. But here it took on a different meaning.

That afternoon in Deep East Oakland we paid a visit to the grandparents of the 19-year-old girl, who had moved here to live with them, had gotten a job and was set to enroll at Laney. She was killed Friday afternoon, along with her boyfriend, who was 20 years old. We looked at pictures, prom pictures, graduation pictures from less than a year ago. So fresh. So ancient now.


Had a good conversation with new Oakland Mayor Libby Schaaf last week. We met Friday, late in the day, for coffee (me) and very spicy hot chocolate (her) at Bittersweet Cafe downtown. She was very nearly on-time, which I appreciate, and not at all rushed once we got to talking. The interview was wide-ranging and much of it will appear as a Q&A in the March issue of Diablo Magazine. 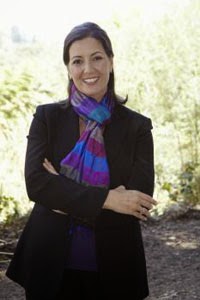 Mayor Schaaf and her staff had already indicated to me, a couple of weeks earlier, that she was determined to develop some kind of consistent outreach to the families of each homicide victim in Oakland. She's been getting advice on what this ought to look like from Marilyn Harris, whose son Khadafy Washington was killed in Oakland in 2000. Marilyn has since then dedicated her life, her days and nights, to supporting the survivors, mostly mothers, of the killed, in the crazy, in the impossible days right after the killing, when there is so much business to attend to, and very little will to do so.

Marilyn has told me that when her son was killed, she never heard a word from anyone with the city government, and that if she had received even a sympathy card, it would have made a difference. Among the many emotions families of homicide victims experience, along with self-recriminations, emptiness, fear and shock, is resentment and bitterness toward the authorities, and toward the community. This civic wound needs to be healed or the rift will widen and the families will be lost to us forever. A gesture from the mayor, if it is thoughtful and humble, will help to begin, just begin, that healing.

This is an excerpt from my conversation with Mayor Schaaf on January 9, 2015, where we talk about this issue:


Jim O'B: As mayor, I'm wondering how you see, what is a city's responsibility to victims of violence and to families of homicide victims.

Libby Schaaf: I think the first thing the city owes them is to do everything within its power to prevent violence from happening in the first place. And whether that is trying to ensure that children have a caring adult in their live, particularly the children that don't have parents in their lives, whether it's to provide places where children feel talented and good and productive and smart, that they see that there is some bright future for them

LS: As Mayor, I think you know, that I'm committed to responding to particularly the family members of every victim, particularly homicide victims, with compassion, with an apology that your government was not able to keep your loved-one safe, and with a sense that you are not in this alone, that there is help, and there is support and there is a community around you. And to some extent, the immediate family needs that, but I certainly found, as council member, often the whole neighborhood needed that. As a council member several times I led healing circles, for the neighborhood, after an incident happened. And we had crisis counselors available, and I'd always walk in the room and make them move the chairs so it wasn't the government facing the citizens, but rather that we all sat in a circle, and everyone had a moment to share how they felt, and that also this neighborhood had its own opportunity to ask questions about the investigation, about the incident, directly to the appropriate people in the police department, recognizing that a traumatic effect like that is like a pebble in a pond, the ripples extend far, far out.

JOB: I always say, "that bullet ricochets." It hits not just the family but the street, the neighborhood, the city...

LS: But I don't know if you remember when I came to the Khadafy Washington Foundation event, and I gave Miss Marilyn (Marilyn Washington Harris, founder) a pebble, and I said that just as violence has these rings that spread out, so does kindness and compassion, and so it is certainly my hope, as mayor, when I, on behalf of the city family, express love and compassion and caring, for the families of each and every homicide victim, no matter what the circumstances of that death were, it was a loss to that family, and they deserve to feel that compassion and empathy for the grief, and so it's my hope that that too creates the ripples that spread through the city.

JOB: It will make a difference, especially if you come at it without fear, without guilt, but saying "we love you, we are sorry," and then getting back to work trying to prevent these things. It'll be hard sometimes.

JOB: Well, you shouldn't be doing this personally anyway...